← more from
lovitt
Get fresh music recommendations delivered to your inbox every Friday.
We've updated our Terms of Use. You can review the changes here. 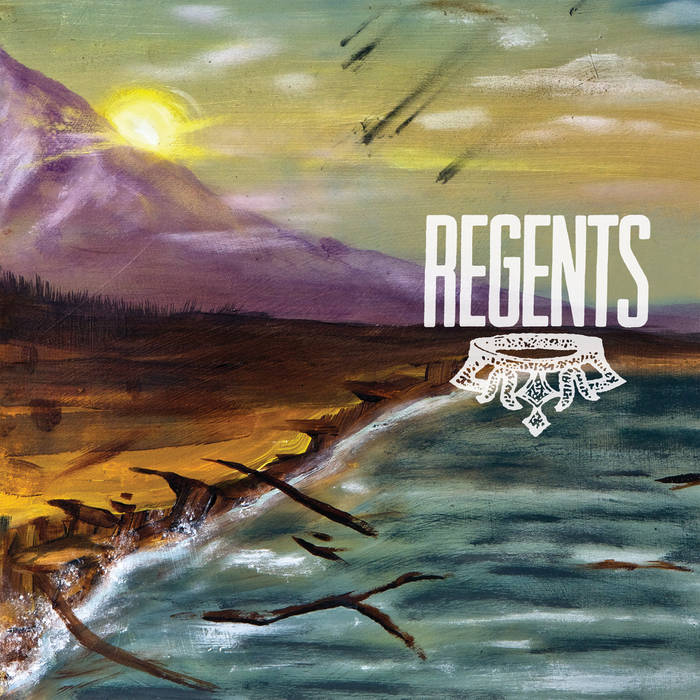 Michael F. Powerful controlled chaos with a melodic twist from FRODUS and SLEEPYTIME TRIO members... A great EP that will, without doubt, lead to purchase of the amazing full-length. Favorite track: Fishtown Party Bus.

Regents, whose members hail from a 200 mile stretch of i95, are veterans of some of the most influential hardcore bands of the 90’s including Maximillian Colby, Sleepytime Trio, Frodus, TheExploder, Men’s Recovery Project, Battery, and Combat Wounded Veteran. Band mates David NeSmith, Drew Ringo, Dan Evans and Jason Hamacher have come together to form a brutal and heavily charged punk band.

Regents formed in the summer of 2007 when NeSmith and Hamacher were playing as a keytar & drum duo called Regions. The following year Ringo and Evans moved back to the east coast and both separately approached David about playing music. NeSmith called a meeting and the three quickly realized their mutual goals. A call to Hamacher turned Regions from a duo into a quartet. A misunderstanding on Ringo’s part changed the band name from Regions to Regents and the rest is history.

Drawing inspiration from years playing in basements, squats, and living rooms, Regents crafted four songs of pure ferocity laden with heavy hitting drums, distorted ringing guitars and blood curdling screams. Recorded by Joseph Mitra at Wired Wrists, the four songs will be released as a 7 inch record from Lovitt Records. Presented here are the forces of Frodus, Sleepytime Trio, andThe Exploder, combined and shaken, delivering a faster, more direct, and purer sonic cocktail that than any of their previous offerings.

Bandcamp Daily  your guide to the world of Bandcamp